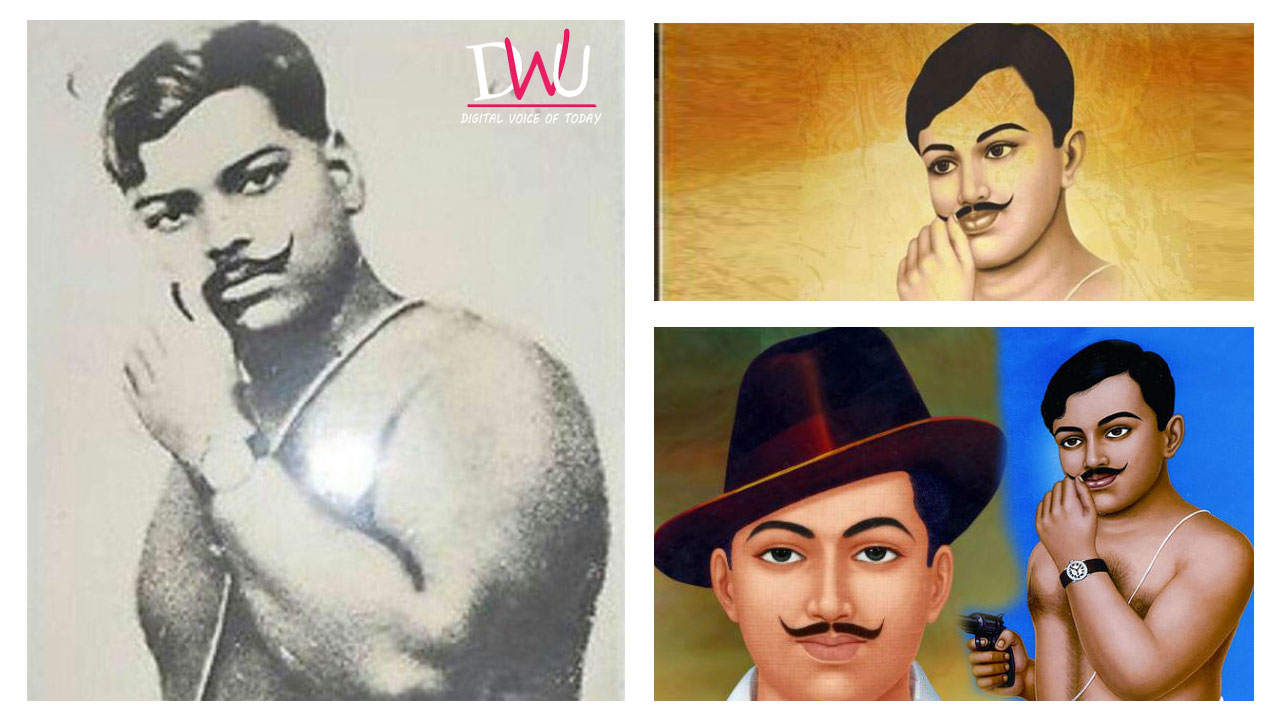 Among all the revolutionaries, CHANDRASEKHAR AZAD seems like a mythical hero. He was blessed with an unmatched adventurer, excellent shooter, expert in disguise, and Commander in Chief of Hindustan Socialist Republican Army. Once upon a time, the revolutionaries were learning to make bombs in the jungles near Agra and when bored they used to roam around the city market, once Rajguru brought the poster of a model from a market in which the model was wearing a bikini.

The Rajguru brought it and placed it near the bed in the room, everyone started laughing at it with each other. Suddenly Azad came there. Seeing the poster, he got very angry and tore the poster apart. But it was these Azad, that they did not lose consciousness. His disciple revolutionary Purnchand writes that once a robbery was planned. Azad remained engaged in this plan for a long time, but at the time he canceled this plan because there was a possibility of killing some innocent people in it. Azad told Purnchand that apart from the life of the traitor, every life is valuable.

CHANDRASEKHAR AZAD, a courageous freedom fighter, and a fearless revolutionary were born on 23 July 1906 in Bhabra, Madhya Pradesh. He was the face of revolutionary India, involved in incidents such as the Kakori train robbery, the bombing in the assembly, and the murder of Saunders in Lahore to avenge the murder of Lala Lajpat Rai.

CHANDRASEKHAR AZAD was also not in favor of Hindu Raj or Muslim Raj. Because he wanted freedom in which every Indian is happy and shares equality. The financial condition of Azad’s family was not good. Once a journalist wanted to send some money to his house, Azad refused. He said that you should deposit the money in the party fund. My parents get some kind of bread at one time, many parents do not get that either. I cannot forget the parents of others for my parents. He was arrested once and presented before the judge, where he named his name “Azad”, father’s name “Freedom” and “Jail” as his residence. He was sentenced to 15 whips. And with the blow of every whip, he raised the voice of “Vande Mataram” and “Mahatma Gandhi ki Jai”. After this, he was publicly called Azad.

He was synonymous with terror for the British government while alive. He was besieged by the British police at Alfred Park, Allahabad on 27 February 1931, due to the deceit of one of his companions. He fought bravely, but finding no other way, he shot himself and fulfilled his resolve to die as an “independent” man. He was Azad. He was free from all forms of attachment and illusion.