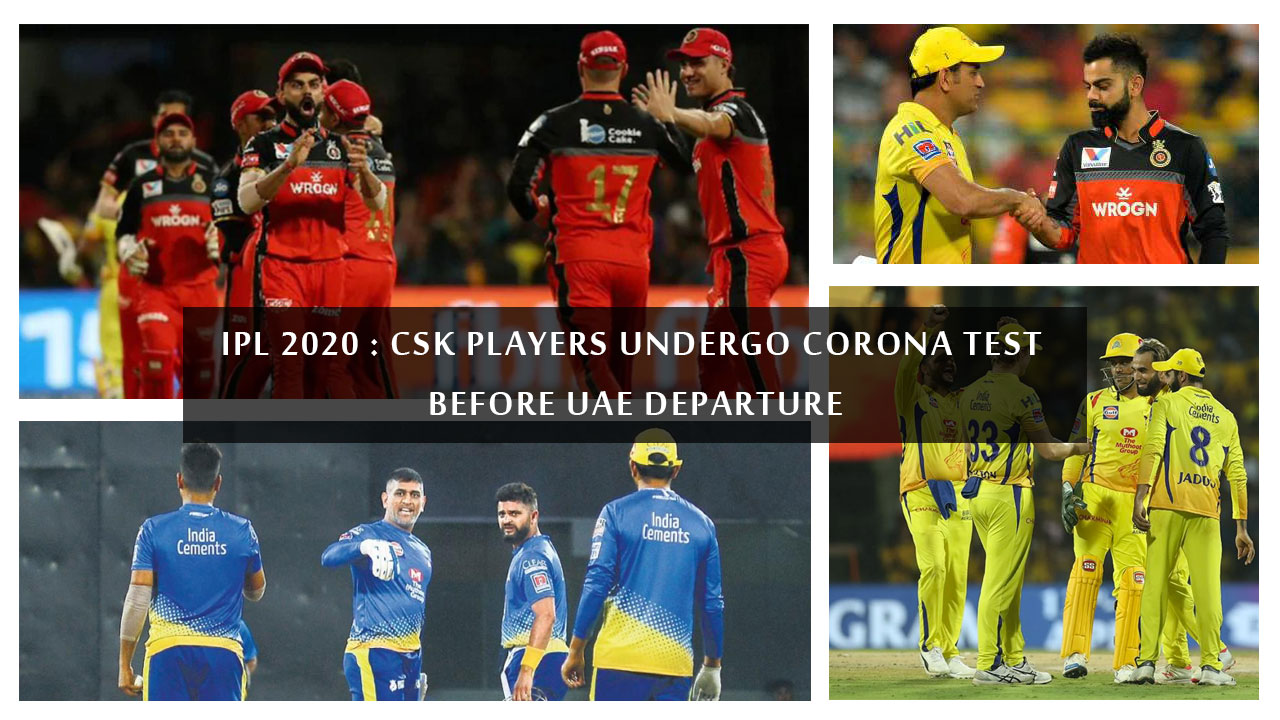 Coronavirus originating from Wuhan province of China has strengthened its roots all over the world. The effect of this virus is being seen in every region. The world’s largest cricket league IPL has also been hurt by Coronavirus. Due to this virus, the date of the first IPL was extended and then the practice sessions of the teams were also postponed.

Mahendra Singh Dhoni has not played a match since the World Cup semi-final against New Zealand in July last year. He is to take charge of Chennai Super Kings in IPL 2020 and due to this he also joined the team’s training camp in Chennai but this camp was postponed due to Corona virus.Due to fear of Corona, the Chennai Super Kings (CSK), led by Mahendra Singh Dhoni, also canceled their practice. Considering this fact now CSK I very much concious about their health.

After the Governing Council meeting, the outline of IPL 2020 to be held in UAE is now fully ready. However, the standard operating procedure is yet to be released for all franchisees. Meanwhile, on behalf of the Chennai Super Kings, it has been said that they will test the Corona virus in India before flying to the UAE against them.

A meeting between the IPL administration and the franchises will take place this week. A Super Kings official told that the top management has been in contact with the IPL Governing Council since the meeting on Sunday and they have been told that the SOP for the IPL teams will be given to them in the next few days.

“There is no question of breaking the rules. But we are still thinking of going there first, not before 20 August. Let us also decide whether we will be able to set up a small camp before going to UAE, the decision of the meeting with the board Will be taken later However, the possibility of setting up camps in India is less.”

How will the players arrive and how will the testing be done? On this, the official said that the players of the team will conduct the coronavirus test and then come to Chennai and then there are plans to fly to the UAE within 48 hours.

“Dhoni and the rest of the team will gather in Chennai only after conducting their tests and then we will try to fly in the next 48 hours. Players have to fly as quickly as possible after collecting”.