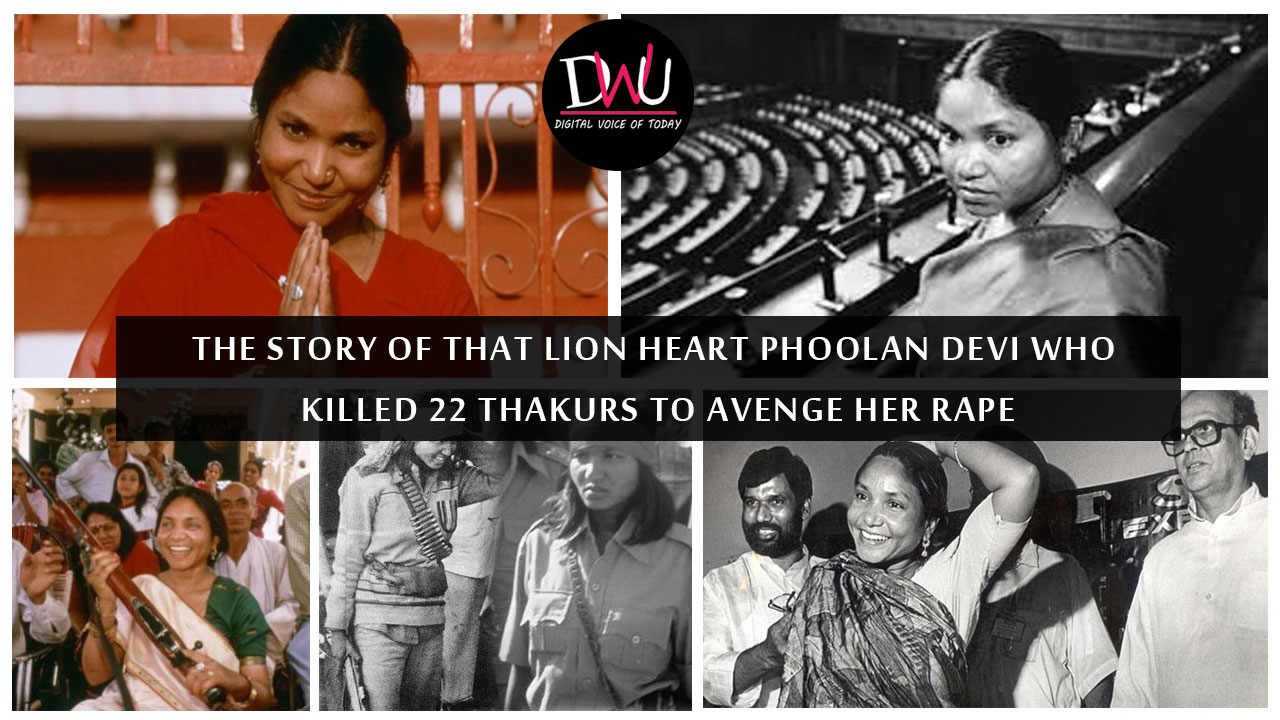 Phoolan Devi a ten-year-old girl who fought for her father’s land. A girl-bride who was raped first by her old husband, then by the gang of Shriram Thakur. A dangerous bandit, who killed 22 people of Behmai village by standing in line,. As a ‘clever’ woman who from the beginning wanted to join the gang of bandits. Shekhar Kapur, the woman whose life had been raped and made a film, did not even ask her. Or perhaps as a politician, who won the election twice, or a woman who came to meet her guest ‘ Sher Singh Rana on the day of Nag Panchami, without knowing that this person will kill her after some time.

Phoolan Devi had the same attitude as a child

Phoolan Devi was born on 10 August 1963 in Purva of Juraun&#39;s Ghura in UP. She was born to a poor and ‘small caste’, she had heard from her mother that uncle had grabbed her land. At the age of ten, he even gave a dharna for the land he fought with her uncle. She attacked the cousin’s
head with a brick.

Phoolan Devi was also punished for this anger by her family members. She was married at the age of 10, 30-40 years older than her. The old man raped Phoolan. Some years passed in some way. Gradually Phoolan’s health got so bad that she had to go to his maternal home. But a few days later her brother sent her back to her in-laws. After going there, it is learned that her husband has got married second. The husband and her wife insulted Phoolan a lot. Phoolan had to leave the house and come.

The bandits fell in love with Phoolan

Now Phoolan started getting up and sitting with some new people. These people were associated with the gang of bandits. Slowly Phoolan started walking with them. Phoolan never cleared that she volunteered with her or that the bandits had kidnapped Phoolan. Phoolan said in his autobiography: Probably this was the fate approved. There was a mess after Phoolan’s arrival in the gang. Sardar Babu Gujjar was enamored with Phoolan. Vikram Mallah murdered him and became a Sardar. Now Phoolan started living with Vikram. One day Phoolan went to her husband’s village with her gang. There she beat up both her husband and his wife.

Gang rape for 3 weeks and then killing 22 completed revenge

Now, this gang was confronted by a gang of Thakurs, the gang of Shriram Thakur, and Lala Thakur, who was angry with the murder of Babu Gujjar and believed Phoolan to be responsible. There was a fight between the two groups. Vikram Mallah was killed. This story goes that the gang of Thakurs kidnapped Phoolan and raped her in Behmai for 3 weeks. This is shown in the film ‘Bandit Queen’. But in the book written above Mala Sen’s Phoolan, Phoolan has never said this openly. Phoolan always said that Thakurs joked with me a lot. It also has a view that rape is a word that no woman ever wants to accept.

After that, Phoolan joined the gang of bandits. Phoolan returned to Behmai village in 1981. She identified two people who raped her. When asked about the rest, nobody told anything. Phoolan fired 22 Thakurs from the village and shot them.

Phoolan Devi contested from the Samajwadi Party in 1996 and won, and became MP from Mirzapur. Phoolan, who used to roam in Chambal, now started living in a luxurious bungalow on Ashoka Road in Delhi. On 25 July 2001, Sher Singh came to meet Phoolan, and wished that he would be associated with Phoolan’s organization ‘Eklavya Sena’. And then shot Phoolan at the gate of the house. He said that I have avenged the Behmai massacre. On 14 August 2014, a Delhi court sentenced Sher Singh Rana to life imprisonment.