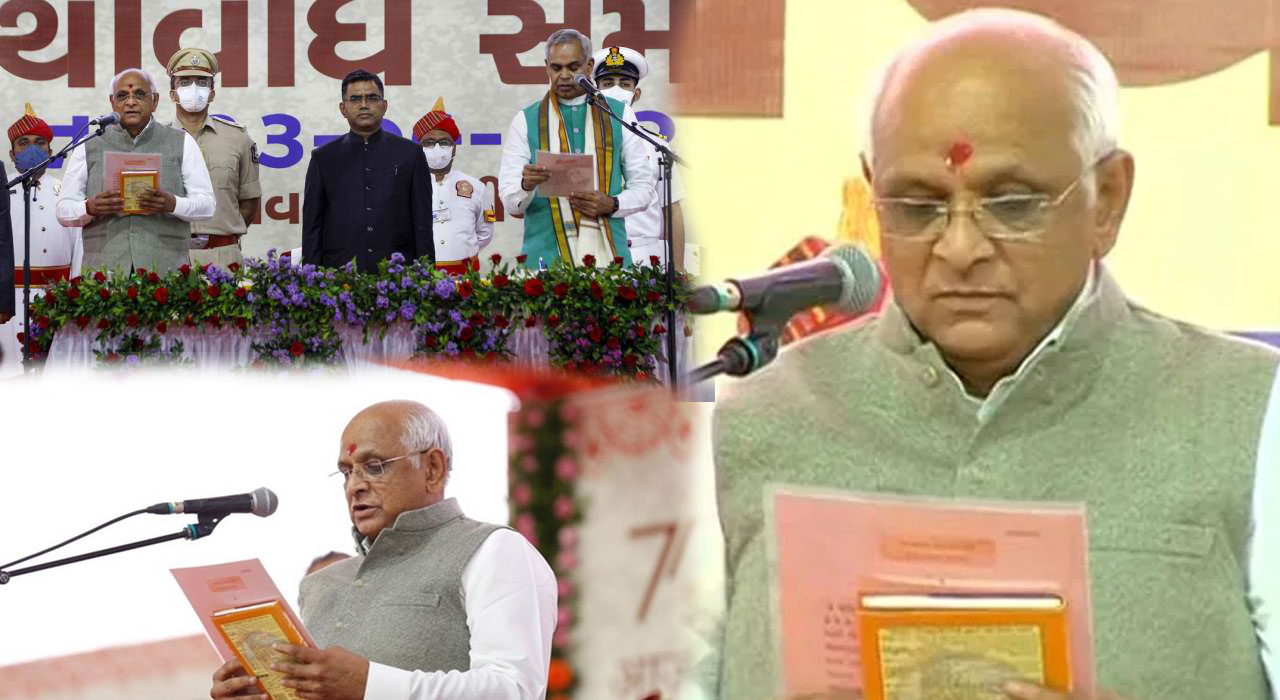 Soon after the swearing ceremony, PM Narendra Modi congratulated him on Twitter. As per PM Modi,  Patel is a commendable leader who will enrich Gujarat’s growth orbit.

Vijay Rupani also congratulated Bhupendra Patel and said that Gujarat will develop and become the role model of all the states. Vijay Rupani will continue working as party leader under Patel’s fellowship.

Bhupendra Patel is a 59-year-old MLA from Ghatlodiya consistency and was a member Gujarat Legislative Assembly after winning the 2017 elections by a record margin of 1,17,000 votes. Patel was elected as the BJP legislature party leader, a first-time MLA. He is referred to as a soft-spoken worker of the party who has made his high within the state Politics from the Municipality level.

Gujarat’s Chief Minister is a former chairman of the committee of the Ahmedabad Municipal Corporation (AMC) and has also served as the chairman of the Ahmedabad Urban Development Authority (AUDA). Patel implemented and developed Ahmedabad by redeveloping and beautifying the town and constructing bridges. CM Patel is an engineer and has worked under Anandiben Patel’s guidance when she was CM.